I dreamt about this. Literally, just a few months back. Before I flew to this side of the world. I dreamt about walking through its dilapidated concrete structure. I dreamt of looking over the hills that rolled to the crater lake with Taal Volcano in the distance. I dreamt of touching the walls and the handle rails of the stairs. In my dream this place was empty.

It wasn’t until I saw it with my own eyes again, that I realized. I have been here before. A long time ago. 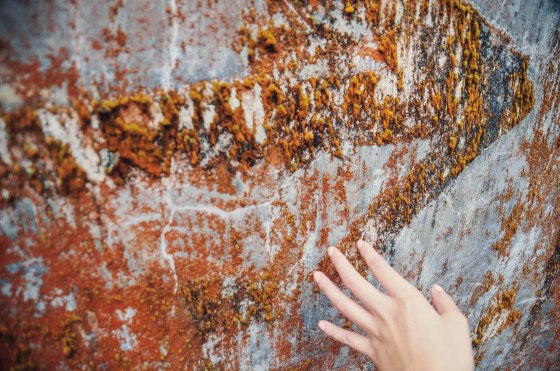 When I was little, I went to my school field trip and this was our stop over. Then I remembered those benches and a much younger version of me hopping from one bench to the next. It gave me goosebumps. 15 years later and here I am. I often think about these things. About growing up and the different lives we’ve lived. About the people we become and the people we used to be. I can’t help it because I find it beautiful. We’re always changing. Every minute 300 million cells in our bodies die. Every minute we produce 300 million new cells. We’re changing every minute, whether we believe it, or witness it, or not. Everything changes.

I can’t help but think of this as I walk through this place. Of leaving and returning. Of who I will be next the next time I will be here. In this place, in a different time.

Nostalgia stole the present moment. And when it was returned to me, I appreciated it more than its worth. 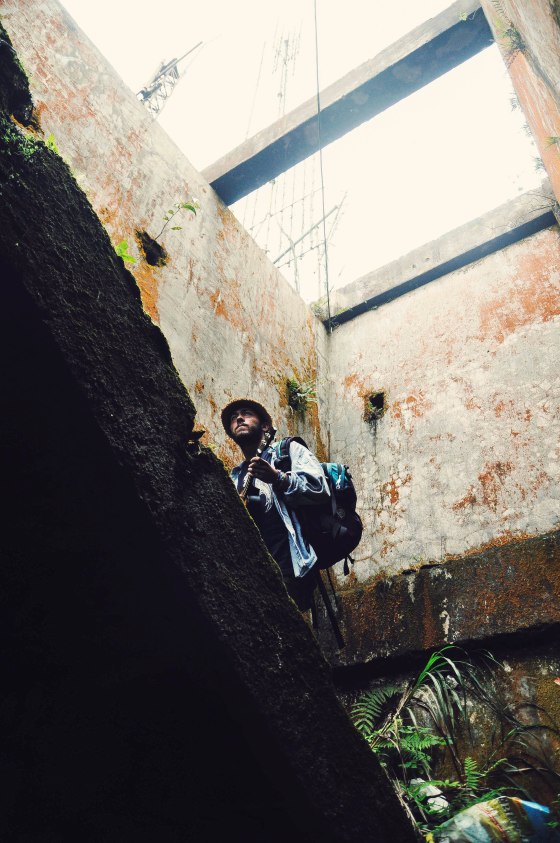 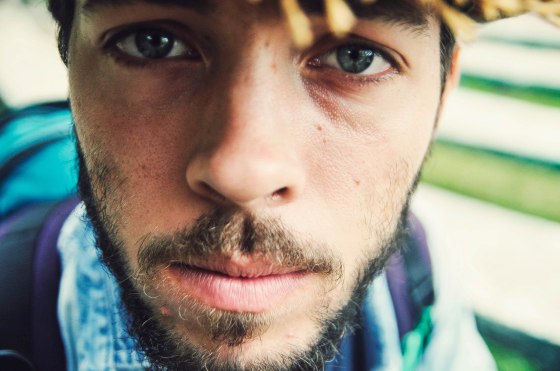 And when you go back to the places that you once where. What person will you be then? What kind of life will you be living then? Who will you be with next?

A few months before my trip I booked tickets with an old friend to Cebu to swim with whale sharks. But she couldn’t make it. Back then, I didn’t think I would end up going with someone I met through serendipity. Someone that I had ended up falling in love with. But I did.

From Cebu City we took a 5 hour bus ride to a small town called Oslob. As always, we didn’t know where we will be sleeping that night. So we asked the bus driver if he knew of any cheap accommodations. He instantly led us to this house right across the street, a home stay. We walked in and were greeted by a very nice lady that showed us to our room. Eight dollars each for a room and we pretty much had the whole house to ourselves, “Not too shabby,” I thought. We went downstairs and met Vinny the house owner. She is such a sweet Filipino lady who made the best banana bread loaf I’ve ever had. 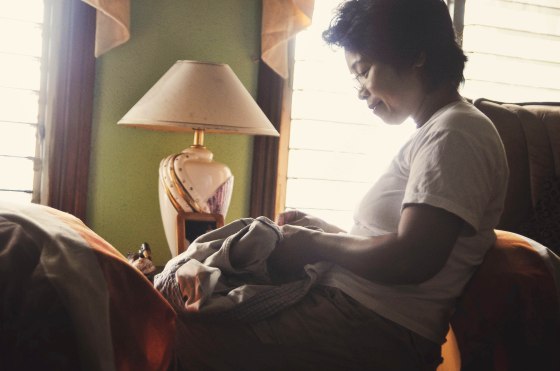 Rewind to four months ago. I met up with my friend Earl at my favorite Thai restaurant. We talked about his love for the Philippines and his epic adventures all over the country. In the middle of eating his pad thai, he pauses, looks up at me and says “You want to see something cool?”

He immediately pulled out his phone. Then he showed me an image of him floating over a giant shark the size of a boat. Whoah. “They’re whale sharks, they’re harmless.”

Sold. And just like that, that pixelated image turned into reality.

Which brought me to… here. 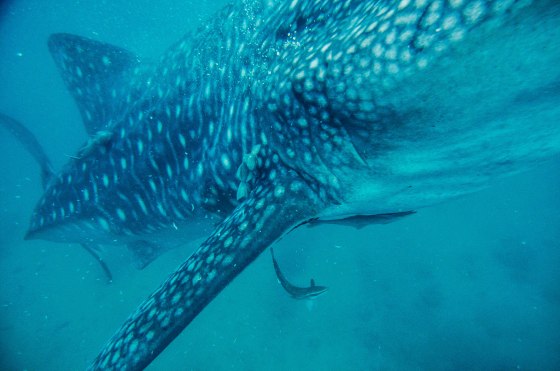 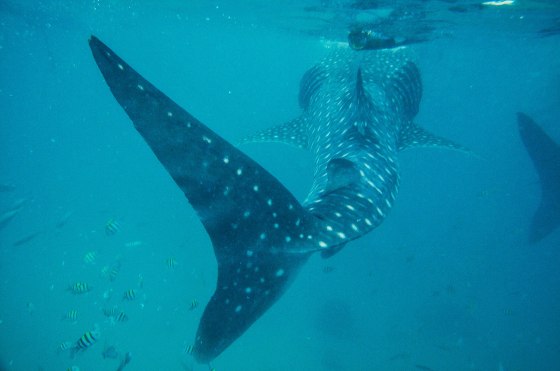 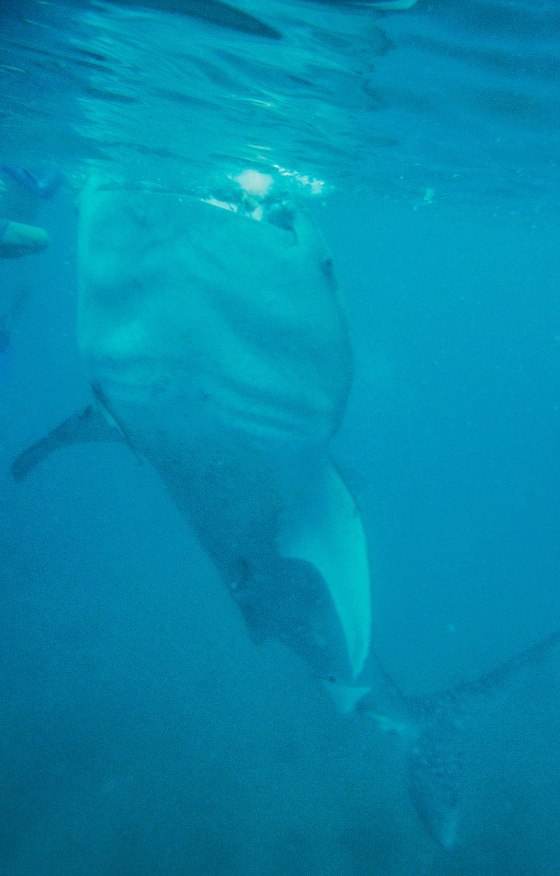 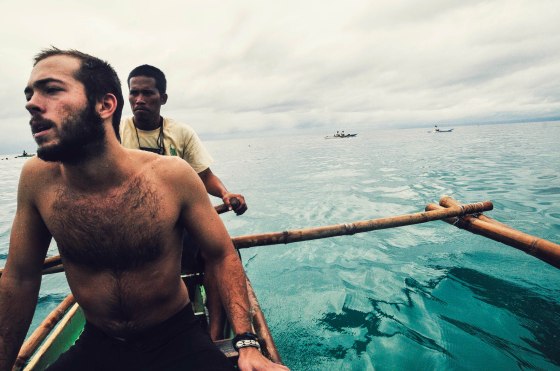 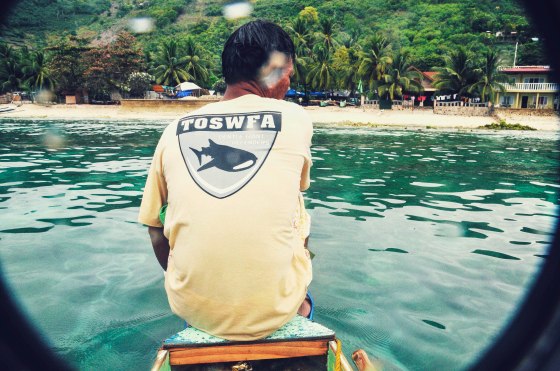 We rode on the back of a motorbike to Tumalog Waterfalls. My first bike ride since, Thailand. And ironically I’m with the same person I was with then.

We got there and had the waterfalls to ourselves. At one point I sat on a log under the falls and meditated. Then I looked up and gazed at the water sparkling its way down the mossy green rocks. Then two birds started chasing each other around me. That moment was so raw. I felt like it was a gift, to experience something so natural and simple. And to me, it was nothing short of magical. Tears filled my eyes. I kept that infinite moment. Nothing like that will ever happen again to me. Maybe in a different place, in a different time, but never again where I was. And so I kept it and said thank you to the stars. 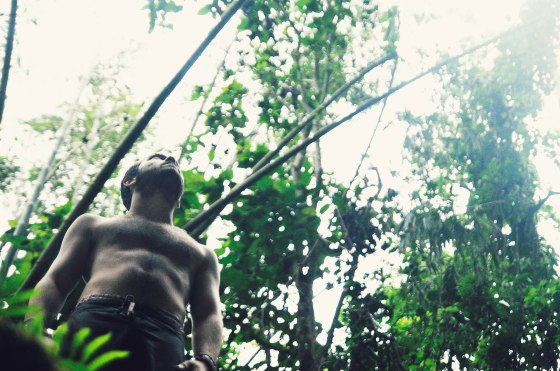 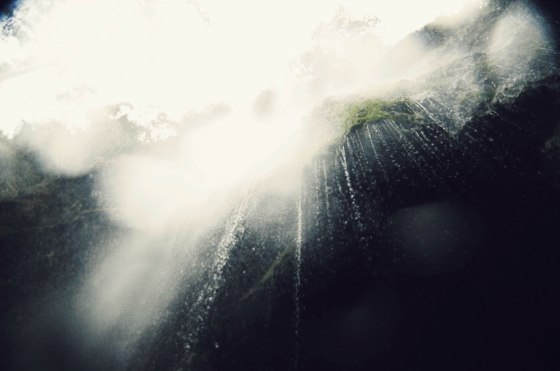 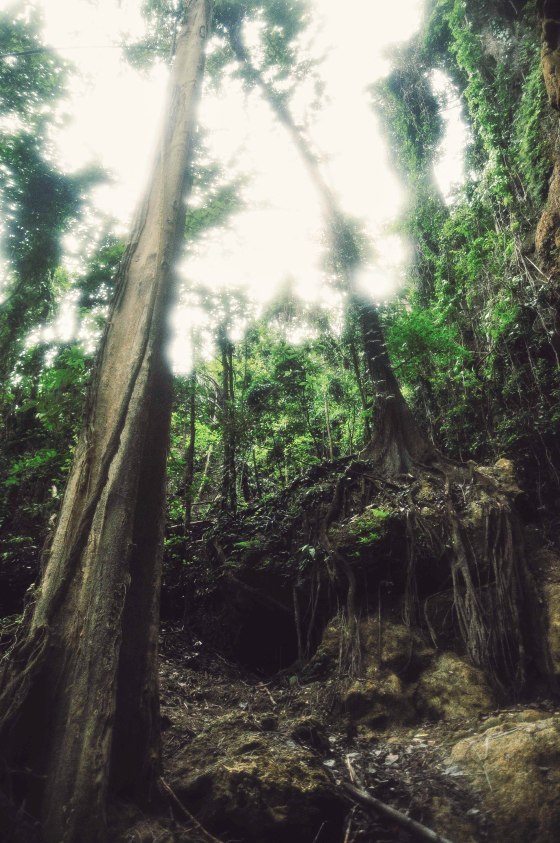 This isn’t the whole story of course. It never is. There are some things I’d rather keep than share. But I’ll tell you this. You will meet people. You will love them. And that’s okay. You have to let it be okay. Even if it means you’ll be left with nothing else but a hat.

So to the boy with the hat, and the pretty blue eyes, the biggest heart, and a beautiful soul. I will see you again one day, when the universe paves the way. 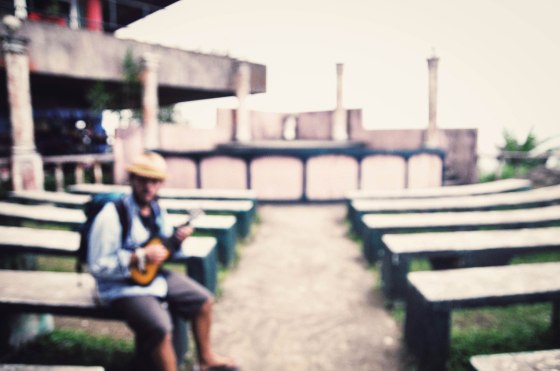 And if it doesn’t, I’ll see you in dreams.

215 thoughts on “On dreaming reality and realizing dreams”